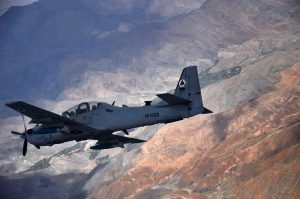 The Taliban militants suffered heavy casualties in an airstrike conducted in northern Balkh province of Afghanistan, the Ministry of Interior (MoI) said Wednesday.

According to a statement by MoI “Today early morning, during an airstrike 21 armed Taliban were killed and some amount of light and heavy rounds of ammunitions destroyed as well.”

The statement further added that the airstrike took place in Chamtal district but no further details were given.

Balkh is among the relatively peaceful provinces in northern Afghanistan but the anti-government armed militant groups have recently been trying to destabilize the province.

Numerous have operations have been launched by the acting governor and prominent politician Ata Mohammad Noor in some remote districts of the province to suppress the militants activities.

According to the local officials, several signs showing attempts being made by the loyalists of the Islamic State of Iraq and Syria (ISIS) terrorist group to expand foothold in this province were also found.

On the other hand, the officials warned that the loyalists of the terror group are attempting to expand foothold in some other provinces as well.

The move by ISIS loyalists came as the Taliban-led insurgency has been rampant in some northern provinces during the recent months, including the strategic Kunduz city.