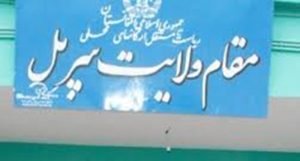 Officials say That Taliban captured these village after a clash with security forces that also left a policeman martyred and a militant killed.

A security official said that Taliban launched the attack while security forces were offering Friday prayers.

According to local officials, Mirzawlang valley is now with militants where they have blocked an important road leading to Kohistanat District.

Security forces are planning to retake the area from Taliban.

After announcing their spring offensive in April, Taliban took several areas into their control but after suffering heavy casualties they lost most of those areas back to security forces.

Currently heavy clashes are ongoing between the insurgent group and security forces in parts of the country.