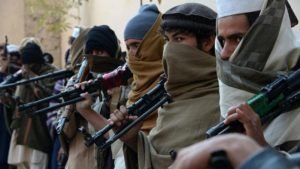 The Taliban militants shot at least 6 civilians after accusing them of breaking Ramadan fast in western Herat province of Afghanistan.

According to the local officials, the incident took place in Obe district after the Taliban militants initially opened fire on residents of Tagab Yari area.

District police chief Sher Aqa Alokozai said he is aware of reports regarding an attack by the Taliban militants on civilians over alleged breaking of Ramadan fast.

He said the Taliban militants first shot two civilians and then opened fire on four others accusing of them supporting the two individuals who had broken Ramadan fast.

According to the eyewitnesses in the area, the local residents started clash with the Taliban insurgents after they shot 6 civilians.

They are saying that 3 Taliban insurgents were also wounded during the clash with the local residents.

Taliban insurgents are active in a number of remote districts of western Herat province including the Obe district where they were often carry out insurgency activities.