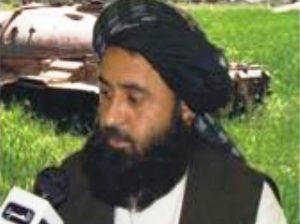 The National Directorate of Security (NDS) said the airstrike was coordinated by the intelligence operatives while the militants were looking to infiltrate the airport in Kunduz city.

NDS spokesman Haseeb Sediqi said Maulavi Salam was killed along with his 15 fighters and a member of Lashkar-e-Taiba who was identified as Haris and was hailing from Punjab province of Pakistan.

He said the airstrike was carried out in the vicinity of the airport around 9:00 pm local time.

According to Sediqi the death of Maulavi Salam is a major to the Taliban group as he was actively coordinating the attack in Kunduz city.

Heavy clashes were reported near the airport in Kunduz city earlier tonight after the Taliban militants launched an attack to infiltrate inside the airport.

The control of the airport is with the Afghan security forces despite the city of Kunduz was seized by the Taliban militants last night following heavy clashes.