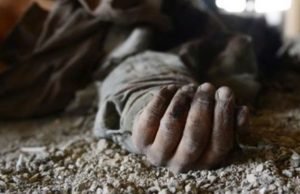 According to a statement released by the provincial governor’s office, the two top Taliban leaders were identified as Mullah Abdul Rahim and Commander Mustaqeem.

The statement further added that Mullah Abdul Rahim was the group’s shadow governor for southern Helmand province while Commander Mustaqeem was the war commander of the group who was looking after the group’s offensives in this province.

According to the statement, the airstrike was carried out by the US forces in Zarghoon village of Nad-e-Ali district.

Helmand is among the volatile provinces in southern Afghanistan where the Taliban militants are actively operating and often carry out insurgency activities.

The group has intensified attacks in parts of Helmand province during the recent months as the security officials are saying Taliban leaders are attempting to shift part of their leadership council to this province.

The group launched a major attack on Khanshin district last week amid reports the district was taken over by the Taliban militants, forcing the Afghan army to deploy special forces to push the militants back.