Taliban shadow district chief killed with his fighters in Paktika 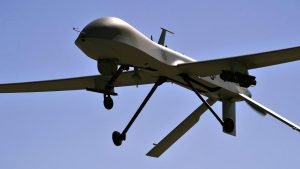 A senior Taliban leader was killed with his fighters during an airstrike in southeastern Paktika province of Afghanistan.

According to the local government officials, the airstrike was carried out on Saturday in Barmal district by the foreign forces.

The provincial government media office in a statement said the senior Taliban leader was the shadow district chief of Barmal and was killed together with his four fighters.

The statement further added that the Taliban leader has been identified as Pach who was also famous as Faryadi.

According to the provincial government office, Pacha was targeted with the other militants in Mangarti area.

Paktika is among the relatively calm provinces in southeastern Afghanistan but the anti-government armed militants are active in some remote districts of the province.

Militants belonging to the Taliban group and the notorious Haqqani terrorist network are operating in this province and often conduct insurgency activities.

The latest drone strike against the Taliban insurgents in Paktika comes as the US forces based in Afghanistan have stepped up airstrikes as part of the broader role granted to them by the former US administration last year.