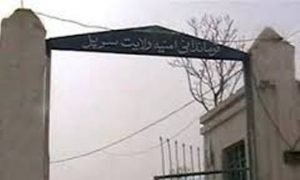 Asadullah Khuram said that after heavy clashes the District fell to Taliban hands this morning.

The clashes were ongoing between security forces and Taliban for days and Amanuddin Aman who is spokesman for the provincial police headquarters said yesterday that additional forces were deployed to the area to support the forces on ground against Taliban.

Aman further said that Afghan Local Police officer together with seven of his men joined Taliban. He added that the group had connection with Taliban from before.

Taliban spokesman have also confirmed the clashes between his fighters and security forces and that a police commander has joined the group.

However, report about possible casualties during these clashes had not been released by the time this report was filed.