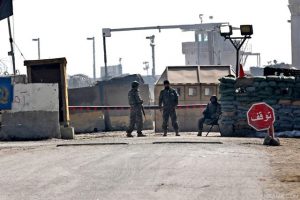 At least 26 prisoners were injured following a rocket attack on Bagram detention facility, according to security officials.

The incident took place late on Friday after a rocket fired by militants landed in the detention facility.

Gen. Azimi further added that the injured prisoners were shifted to hospital and their health condition have been reported stable.

The Taliban militants group claimed responsibility behind the attack on detention facility.

Zabiullah Mujahid, a spokesman for the Taliban group claimed that the Bagram air base came under rocket attack for at least three times on Friday.

German Chancellor Olaf Scholz on Sunday emphasized that his...