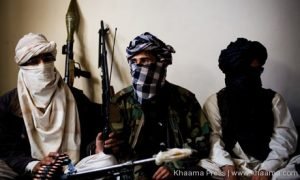 Mujahid his statement further added that no member of the Taliban group has attended any talks with the Afghan government officials in Dubai.

He called the movements by Mullah Agha Jan Mutasim against the principles of the Taliban group in Afghanistan and said such initiatives are only in the favor of US occupation forces and puppet Afghan government.

The delegation led by Masoom Stanekzai visited Dubai after the Taliban figures indicated they would be willing to meet with Afghan government representatives, following a meeting which was held among the Taliban leaders and commanders recently.

Mullah Agha Jan Mutasim in a statement following his meeting with the Taliban group leaders said the outcome of the meeting was positive and that he had won some support in Pakistan for his movement as well.