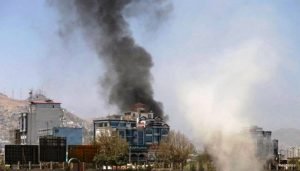 The Taliban militants have rejected the involvement of the group in today’s coordinated rocket attack on Kabul city.

The Taliban spokesman Zabilullah Mujahid in a statement said the fighters of the group have no links with today’s attacks in Kabul city.

The Ministry of Interior (MoI) officials are saying that all militants involved in the rocket attack on Kabul city have likely been killed.

He said the rockets fired by the militants have landed in the 1st, 2nd, 10th, and 16th police districts of the city.

The militants managed to reach close to the center of the town close to Presidential Palace despite strict security measures were in place on the occasion of Eid Al-Adha.

In the meantime, Danish says an investigation is underway in this regard to ascertain how the militants managed to infiltrate the secure area of the city.