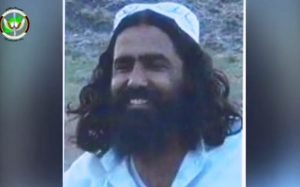 The Taliban group has reacted at the killing of a top Al-Qaeda leader in a joint Afghan and US forces operation in Afghanistan.

The group’s spokesman Zabiullah Mujahid issued a statement calling the killing of the militants in ZZabul, Ghazni, and Paktia a propaganda.

Mujahid further added that no foreign or local militants were killed during the operations in the three provinces as claimed by the security institutions.

This comes as the Afghan security authorities said Tuesday that a top leader of the Al-Qaeda terrorist network has been killed along with at least 80 other militants during the operations of the Afghan and US forces.

The Afghan Intelligence, National Directorate of Security (NDS), the militants were killed during the operations conducted in Ghazni, Zabul, and Paktia provinces.

According to NDS, the senior Al-Qaeda leader killed during the operation has been identified as Omar Khetab who was also famous was Omar Mansoor.

Khetab is among the several top Al-Qaeda network leaders who have been killed during the counter-terrorism operations so far.

According to Pentagon, Yasin, a senior terrorist figure from Balochistan, Pakistan, had ties to Tehrik-e Taliban and had plotted multiple al Qaida terror attacks, including the Sept. 20, 2008, bombing on the Marriott Hotel in Islamabad that killed dozens of innocent people, among them U.S. Air Force Maj. Rodolfo I. Rodriguez and Navy Cryptologic Technician Third Class Petty Officer Matthew J. O’Bryant.