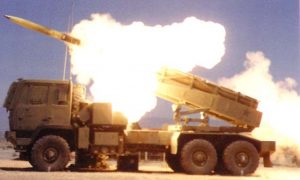 The Taliban group in Afghanistan reacted to the deadly HIMARS artillery strike in southern Helmand province, as usual, claiming that no leader or militant of the group has been killed or wounded in the strike.

However, the US Military officials in Afghanistan are saying that the latest rocket artillery strike in southern Helmand province has left at least 50 senior Taliban leaders dead.

Lt. Col. Martin O’Donnell, a spokesman for the U.S.-led coalition in Afghanistan, quoted by Military Times said a weapon system known as the High Mobility Artillery Rocket System, or HIMARS, which is capable of firing GPS-guided rockets, destroyed a command-and-control position that was a known meeting place for high-level Taliban leaders.

He also added that because of the large number of leaders killed and their involvement in a range of attack planning, the impact of the HIMARS strike “will be felt beyond Helmand province.”