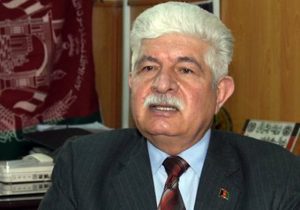 Taliban militants had planned to seize the provincial capital of northern Faryab province and storm the province’s jail to release prisoners.

Brigadier General Dawlat Waziri, the deputy spokesman for the Ministry of Defense said in a press conference on Monday that Taliban militants launched a coordinated attack on Maimana from all directions yesterday and engaged in a heavy gun battle with security forces till this morning.

He said security forces already had awareness of a possible Taliban attack and were well prepared to respond to it.

“I can say hundreds of them got killed and wounded in the gun battle,” Brig. Gen. Waziri added.

Brig. Gen. Waziri further said that security forces and civilians did not suffer casualties during the gun battle.

But Sayed Abdul Baqi, head of Faryab’s Provincial Council had earlier said that seven members of a family were killed and wounded in the clash.

Taliban released nearly 1,000 prisoners, including their partners, in two attacks on jails in Ghazni and Kundoz provinces last month.