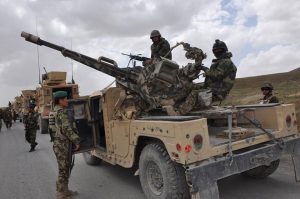 A plan by the Taliban insurgents to capture the eastern Laghman province was foiled by the Afghan a security forces.

The group planned to capture the province after they suffered heavy casualties during the ongoing counter-terrorism operations.

The statement further added that nearly 70 Taliban insurgents have been killed and around 50 others have sustained injuries during the joint counter-terrorism operations launched some days ago.

According to the provincial government, a number of senior Taliban leaders and commanders, including Khalis, Khalid, Janat Gul, Mohammad, Atal Omarzai and some others are among those killed or wounded.

The Afghan security forces also sustained casualties during the operations, the officials said, adding that four security personnel lost their lives and around eight others were wounded.

The statement by the provincial government also added that the area is in total control of the security forces as efforts are underway to further strengthen the security posts in key districts including Alingar and Alisheng.