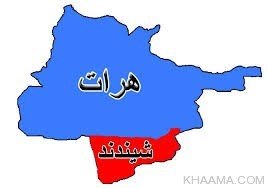 Reports suggest that a huge number of Taliban insurgents last night attacked the main city of Shindand district in Herat province and took cover in civilian homes from where they started a gun battle  with the security forces.

Eye witnesses say the city was completely occupied by the insurgents.

But security officials only confirm the fighting with the insurgents and reject the reports that the city was fully occupied.

Security officials added that additional troops have been sent to the area.