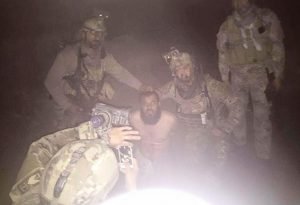 The Afghan National Security Forces have arrested a military chief of the Taliban group in northern Kunduz province of Afghanistan.

According to the security authorities, the military chief, Qari Salim, was arrested during a special night raid.

Qari Salim was a key leader of the Taliban group who played a vital role in the collapse of Kunduz city last year.

The officials further added it took at least a week for the Afghan special forces to search and arrest Qari Salim.

At least two security guards of Qari Salim have also been arrested by the security forces during the operation.

This comes as the Taliban group launched a major offensive to take control of key areas of Kunduz province, inclduing the strategic Kunduz city.

The Taliban militants seized the control of the city late in mid-2015 after launched coordinated attacks on the city.

However, the Afghan Special Operations Forces have retaken the control of Kunduz city from the Taliban militants earlier in the month of October after the city was in control of the militants for almost a week.