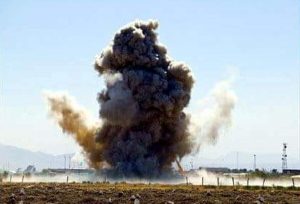 At least eight Taliban militants were killed or wounded after blown by an improvised explosive device planted by own comrades in northern Kunduz province.

The 209th Shaheen Corps of the Afghan military in the North said the incident has taken place in Dasht Archi district.