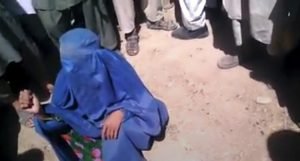 A group of the Taliban militants have reportedly gang raped a woman in southern Helmand province of Afghanistan, a local security official has claimed.

The official speaking on the condition of anonymity said the incident took place four days ago in Balo Jan village in Nahr-e-Saraj district.

The official further added that four Taliban insurgents were involved in the incident who were fighting under the command of commander Omari.

According to the official, the Taliban insurgents forced into a residential house in the village and attacked the woman and raped her in front of the children, including a 14-year-old boy.

The individuals involved in the incident have been arrested by commander Omari, the official said, adding that commander Omari has warned the woman to keep the issue as a secret without informing anyone.

This is the not the first the group has been accused of sexual violence against the ordinary civilians of the country.

Earlier the group was accused of raping some women in a hostel in northern Kunduz city which was briefly captured by the group last year.