Taliban militants critically wounded in an airstrike in Kabul 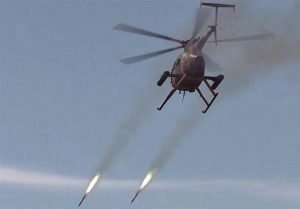 At least three Taliban militants were critically wounded in an airstrike conducted in Kabul province, the Afghan Military said Tuesday.

According to a statement released by 201st Silab Corps of the Afghan Military in the East, the airstrike was carried out in the vicinity of Surobi district.

The statement further added that the militants were targeted in Chehl Gaz area of Ozbin Valley of Surobi.

In the meantime, the 201st Silab Corps said at least 12 militants were killed during a clash in Nari district of Kunar province.

At least 15 militants also sustained injuries during the same clashes, the 201st Silab Corps added in its statement.

In a separate clash in Kamdish district of Nuristan province, at least 8 militants were killed and 12 others sustained injuries, according to 201st Silab Corps.