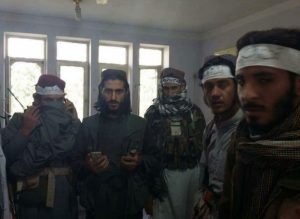 The Amnesty International said Thursday that the Taliban militants have committed gang rapes and mass murders in northern Kunduz province of Afghanistan.

Citing testimonies by the local residents and women rights activists, Amnesty International’s Afghanistan Researcher Horia Mosadiq said “The harrowing accounts we’ve received paint a picture of a reign of terror during the Taliban’s brutal capture of Kunduz this week. The multiple credible reports of killings, rapes and other horrors meted out against the city’s residents must prompt the Afghan authorities to do more now to protect civilians, in particular in areas where more fighting appears imminent.”

Mosadiq further added “Heavy fighting continues as Afghan forces try to regain full control and restore law and order in Kunduz. Protecting civilians from further onslaught and serious abuses at the hands of the Taliban is of the utmost importance.”

“Many humanitarian agencies have bravely continued their work in and around Kunduz over the past days. They must be granted access to carry out their life-saving work. With thousands forced from their homes, it is also crucial that all parties agree to a humanitarian corridor that allows civilians to leave the city safely,” she said.

According to the rights organization, the Taliban group had also prepared a ‘hit list’ with one woman who was providing assistance to victims of domestic violence in Kunduz and escaped to safety in a nearby province told Amnesty International that Taliban fighters were using a “hit list” to track down their targets.

It allegedly includes the names and photos of activists, journalists and civil servants based in Kunduz.

The woman said the Taliban’s roadblocks on exit routes from the city forced her and numerous other women and men to flee on foot. They trekked for more than seven hours over rough terrain, leaving them exhausted and with bloodied feet.

When the Taliban took control of the National Directorate of Security (NDS) and other government and NGO offices in Kunduz on Monday, they gained access to reams of information about NGO staff, government employees and members of the security forces – including addresses, phone numbers and photos.

Since then, Taliban fighters have allegedly been using young boys to help them to conduct house-to-house searches to locate and abduct their targets, including women.

Another woman human rights defender had her home and office burned and looted by Taliban on Tuesday night. Taliban fighters kept calling her to ask about the whereabouts of the women whom she had been helping.

She and several other women managed to receive assistance for themselves and their children to flee to safety. But she told Amnesty International she and her family escaped with nothing more than the clothes on their backs and were left terrified by the ordeal.

Quoting other local activists, the rights organization reported that Taliban fighters also raped female relatives and killed family members, including children, of police commanders and soldiers, especially those working for Afghan Local Police (ALP). The Taliban also burnt down the families’ houses and looted their belongings.

The relative of a woman who worked as a midwife in Kunduz maternity hospital told Amnesty International how Taliban fighters gang-raped and then killed her and another midwife because they accused them of providing reproductive health services to women in the city.

The Taliban released all the male prisoners held in Kunduz and gave them arms to fight against government forces. Female prisoners were raped and beaten, then the Taliban abducted some and released others.

An eyewitness told Amnesty International that a civilian woman in his neighbourhood had been shot amid fighting between Taliban and the Afghan security forces. Taliban fighters responded to her screams of pain by entering her house and shooting her point blank in the head, forcing her husband to watch her die.

“When the Taliban asserted their control over Kunduz, they claimed to be bringing law and order and Shari’a to the city. But everything they’ve done has violated both. I don’t know who can rescue us from this situation,” a female human rights defender from Kunduz told Amnesty International.

As Afghan government forces regain control of Kunduz, Amnesty International calls on them not to retaliate against any captured or injured members of the Taliban. Any Taliban fighters suspected of serious violations of human rights or international humanitarian law must be investigated and prosecuted in fair trials without recourse to the death penalty.

“Breaking the cycle of violence and returning to the rule of law means ensuring that Afghan troops and authorities do not mete out revenge on any prisoners, which would amount to a war crime,” said Horia Mosadiq.