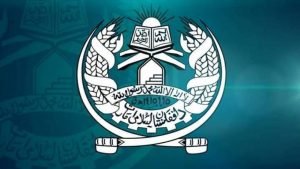 The Taliban militants group in Afghanistan has made a plea to international organizations including the international human rights and International Committee of Red Cross to intervene as the Afghan government mulls hanging militants convicted to terrorist related activities.

Warning that the hanging of militants would have serious repercussions, the Taliban group said “The Islamic Emirate also calls upon international human right organizations, independent media outlets, ICRC and other free impartial committees to not remain indifferent in using their influence concerning matter of prisoner execution.”

Noting the announcement by President Ghani regarding the implementation of judiciary institutions verdicts regarding the terrorists, the group said it “will respond with everything within its power to defend its oppressed nation.”

Meanwhile, President Ghani has reportedly received a list of militants on death row, a day after deputy presidential spokesman Shah Hussain Murtazvi said the list will be provided to the President.

Murtazvi further added that the terrorists would be hanged to death once the cases have been reviewed in a bid to ensure fairness in the verdicts.

The decision to review and implement the judiciary institutions’ verdicts regarding the terror suspects was taken days after Kabul was hit by a deadly attack.

At least 64 people were killed and 347 others were wounded after a group of insurgents launched coordinated attack on VIP protection unit in Pul-e-Mahmood Khan area of the city on 19th April.