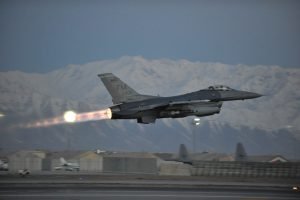 At least six Taliban insurgents were killed in an airstrike carried out in southern Helmand province by the US forces based in Afghanistan.

The provincial government media office in a statement said the airstrike was carried out on Monday, targeting the militants in Garamser district.

The statement further added that the local Taliban leader killed in the airstrike has been identified as Mawlavi Najeeb who was also famous as Madad.

According to the local officials, the militants were targeted in Kharko area and a heavy machine gun of the militants was also destroyed in the airstrike.

The group launched a coordinated attack on Sangin district last week with an aim to capture the key security posts but the offensive of the group was repulsed with the deployment of the additional forces to this district.

Some other districts of Helmand including Garamser also witnessed growing violence last week where numerous insurgents were killed and some Afghan security personnel lost their lives.