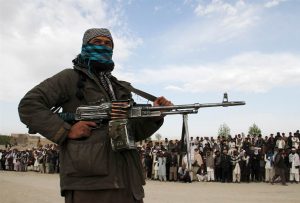 The Taliban militants have once again kidnapped scores of passengers from a highway in northern Kunduz province of Afghanistan.

The incident took place earlier today after the Taliban insurgents stopped a vehicle from Kunduz-Takhar highway.

Provincial police spokesman Mahfuzullah Akbari said at least 47 passengers were abducted from the center of Kunduz in Malraghi village as they were on their way to Takhar province.

Earlier, a  local official said at least 30 people have been taken hostage but the Taliban militants group has not commented regarding the report so far.

This comes almost a week after the Taliban insurgents kidnapped at least 185 passengers from the same highway and killed at least 17 of them.

The Taliban insurgents kidnapped the passengers from several buses, vans and cars as they were travelling in the highway between Kunduz and Takhar but majority of them were released after they were interrogated.

It is believed at least eight of the abducted passengers are still in Taliban captivity as the security officials are saying efforts are underway for their release.

The ancient Buddhist settlement of Mes Aynak, about 40 kilometers from Kabul, the capital of Afghanistan,...

At least 1,000 people have died and 1,500 have been injured as a result of Wednesday’s earthquake...

Saeed Khatibzada, a spokesman for the Iranian Foreign Ministry, expressed sympathy for the Afghan...

Pope Francis says he is praying for those affected by the catastrophic earthquake that struck Afghanistan...

One thought on “Taliban kidnap more passengers from Kunduz highway”