Taliban hang woman to death in Badakhshan over adultery charges 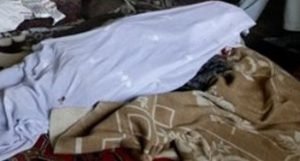 The officials further added that the woman was found guilty adultery during a tribal court hearing conducted by the Taliban militants.

The provincial governor spokesman Ahmad Nawid Frotan confirmed the incident and said the woman was hanged in the restive Teergaran district.

He said the woman was hanged to death on Saturday in Sarda area which is under the control of the Taliban militants.

Badakhshan is among the relatively volatile provinces in northeastern Afghanistan where anti-government armed militants are actively operating in its various districts and frequently carry out insurgency activities.

This comes as reports emerged earlier that a woman was sexually abused by the Taliban militants and was then executed in this province.