Bomb blast in Kandahar inflicted causalities to over 150 worshipers

A number of FMs to visit Kabul, Afghan FM to leave Qatar for Turkey 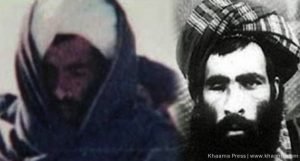 The group issued a statement confirming Mullah Omar’s death due to illness he was suffering however no further details were given regarding the exact location and time of his death.

The statement furhter added that Mullah Omar was inside the Afghan soil since the beginning of the US-led invasion and rejected reports that he had migrated to Pakistan.

Bomb blast in Kandahar inflicted causalities to over 150 worshipers

US Democratic congressman John Garamendi in his statements said that the Afghan students who are...

Afghanistan’s Civil Aviation Administration in a statement said that Pakistan’s PIA and Afghanistan’s...