Taliban execute one of the abducted civilians in Herat province 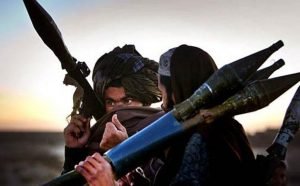 The Taliban insurgents have executed one of the abducted civilians hours after they were kidnapped from a highway in western Herat province of Afghanistan.

According to the local government officials, at least five civilians were kidnapped by the Taliban insurgents from Shindand district late on Thursday afternoon.

Provincial governor’s spokesman Jilani Farhad confirmed the incident and said the militants have executed one of the hostages who was a school teacher.

Farhad further added that the main motive behind the abduction of the civilians has not been ascertained so far and there are no reports regarding the fate of the remaining hostages.

He also added that two other school teachers are also among those kidnapped by the Taliban insurgents.

Herat is among the relatively calm provinces in West of the country but the militants are active in some of its remote districts including Shindand.

The anti-government armed militants including Taliban often carry out insurgency activities in some parts of the province including kidnappings.

The ordinary civilians are often taken hostage by the militants on charges of working for the government or security institutions.