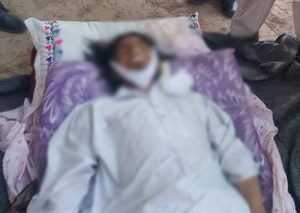 The shadow deputy district chief of the Taliban group for Khwajah Bahauddin was killed during a gun battle in northeastern Takhar province.

The Ministry of Interior (MoI) said Mullah Hassan who was also famous as Abu Bakr was appointed as the deputy district chief by the Taliban group for Khwajah Bahauddin.

A statement by MoI said Mullah Hassan was killed along with another prominent Taliban leader during gun battle with the police forces.

According to MoI, Mullah Hassan was involved in major terrorist attacks in Takhar province, specifically in attacks on security posts.

MoI also added that the security personnel and local residents did not suffer any casualties during the gun battle.

Takhar is among the relatively volatile provinces in northeastern Afghanistan where anti-government armed militant groups are actively operating and frequently carry out insurgency activities.

The volatile Kunduz is bordering Takhar province in the west where the Taliban militants recently launched a major offensive which was repulsed by the security forces.