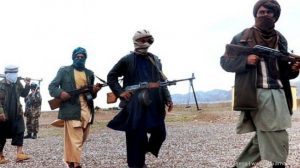 According to reports, Taliban have released the children of abducted female lawmaker Fariba Kakar, who was abducted in eastern Ghazni province of Afghanistan three days back.

A senior government official and a family member of Fariba Kakar confirmed that that the children of the lawmaker along with her driver were released, however Fariba Kakar is still kept as hostage by Taliban militants.

The family of the lawmaker criticized the government officials for being reckless and said that the security institutions have not taken practical steps to free her.

In the meantime police officials in eastern Ghazni province of Afghanistan said that Taliban group demands the exchange of four prisoners to free the lawmaker, Fariba Kakar.

The Kabul-Kandahar highway is one of the most volatile highways of the country, which links capital Kabul and central provinces with the southern Afghanistan.

Taliban militants frequently carry out insurgency activities. Recently Taliban carried out attack on Afghan senator Roh Gul Khairzad, who was injured following the attack together with her husband.