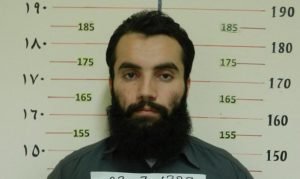 The Taliban militants group in Afghanistan confirmed Anas Haqqani has been sentenced to death by primary court of Kabul on Monday.

Insisting on Anas’s innocence and lack of accountability, the group claimed the “American government and the Afghan government both do not have any proof or material etc to keep him in detention.”

The group further added that the death penalty of Anas Haqqani is politically imposed. “There are no legal grounds on which the death sentence could ever be awarded to Anas Haqqani.”

The remarks by Taliban came as there have been growing pleas by the Afghan people as well as several former Afghan officials to hang Anas.

The Haqqani terrorist network is accused of staging numerous deadly attacks in Afghanistan including a coordinated attack on VIP protection unity in Kabul wich left at least 74 people dead and over 300 others wounded.

The majority of the victims of the incident were ordinary civilians, according to the Afghan officials.

In the meantime, the group released the latest video of the American and Canadian hostages in a bid to force the Afghan government prevent imposing death sentence on Anas.