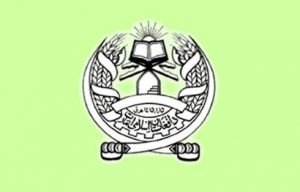 The Taliban militants group in Afghanistan condemned the national grand council (Loya Jirga) for endorsing the bilateral security agreement between Kabul and Washington.

Taliban called the resolution by grand assembly (Loya Jirga) as a step to protect American interests, and warned that the group will continue to its fight against the foreign forces.

“The Islamic Emirate strongly condemns such Jirgas and resolutions of slavery and declares that such illegal worthless agreements and promises by slaves will not benefit the aggressing Americans or their criminal stooges,” Taliban said in its statement.

The statement further added, “Rather the wrath of the nation will become even stronger and the accords between a master and his slave will be discredited and remain futile just like the past documents of slavery in Afghanistan.”

Taliban in its statement also added that the grand council (Loya Jirga) did not recognize creed, nation or interests and with its historical treachery.

Taliban in its statement also added that, “Such agreements will only increase the fervor of Jihad in the arteries of true Afghans and will strengthen their Jihadi ranks. Afghanistan shall truly become the graveyard of the international arrogance and not a ground for perpetual bases.”

The national grand council (Loya Jirga), attended by over 2,500 Afghan elders, endorsed the bilateral security agreement between Kabul and Washington.

Participants of the grand council (Loya Jirga) also called on Afghan president Hamid Karzai to sign the bilateral security agreement with United States by the end of the year.