Taliban commanders among 19 killed in Kunduz ground and air raids 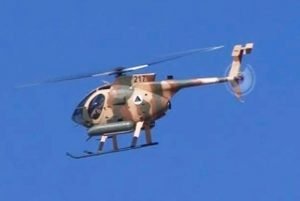 At least nineteen Taliban insurgents including their commanders were killed in a series of ground and air raids in northern Kunduz province of Afghanistan.

The provincial governor’s spokesman Nematullah Temori said at least seventeen of the insurgents were killed during the clearance operations conducted in the vicinity of Taloka area in the center of Kunduz.

He said the Khwajah Pak village and hill have been fully cleared of the Taliban insurgents as a result of the operations and their 12 hideouts have been destroyed.

Temori further added that the local commanders of the Taliban group identified as Mawlavi Sabir and Mullah Jabir are among those killed.

He also added that Mullah Akhtar, the son of Hanan Bai, a local leader of Taliban group, is also among those wounded.

In the meantime, Temor said at least two key Taliban leaders identified as Yayha and Karim were killed in an airstrike conducted around 7:30 pm local time in Chardara district.

At least thirteen Taliban insurgents including three prominent leaders of the group were killed in drone strikes conducted in northern Kunduz province of Afghanistan on Thursday, a spokesman for Kunduz police, Inamuddin Rahmani, said, adding that confirmed the airstrike was carried out in Chardara district.

He said the militants were targeted in the vicinity of Esa Khel village, leaving three prominent leaders of the Taliban dead along with ten other insurgents.