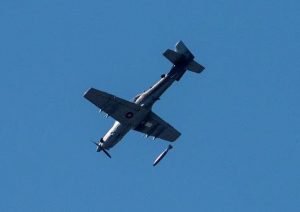 A Taliban local commander who was in charge of a group of at least 50 militants was killed in an airstrike in northern Faryab province of Afghanistan.

The 209th Shaheen Corps of the Afghan Military in the North in a statement said the airstrike was carried out at around 12:20am on Wednesday.

The statement further added that the airstrike left at least seven militants dead, including a Taliban commander who was in charge of a group of at least 50 militants.

According to 209th Shaheen Corps, the airstrike was carried out in the vicinity of Shakh area of Qaisar district.

The Taliban commander killed in the airstrike has been identified as Mullah Daud Taimani, the 209th Shaheen Corps added in its statement.

Faryab is among the relatively volatile provinces in North of Afghanistan where the Taliban militants are actively operating in some of its districts and often carry out terrorist related activities.