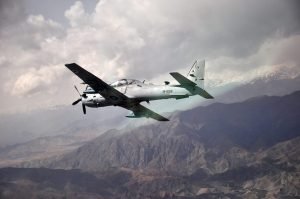 A commander of the Taliban group was killed along with 11 other militants during an airstrike in southern Helmand province of Afghanistan.

The Ministry of Defense (MoD) said the airstrike was carried out in Marjah district by the Afghan Air Force.

According to a statement by MoD, a weapons and explosives cache belonging to the Taliban group was also destroyed and along with a command control center of the group in Marjah.

The Taliban militants kidnapped scores of passengers from a highway in Greshk district of Helmand province on Tuesday on charges of working for the government security institutions.

In the meantime, at least 9 hostages were released and a command and control center of the Taliban group was destroyed during an operation in Nahr-e-Saraj district last week.