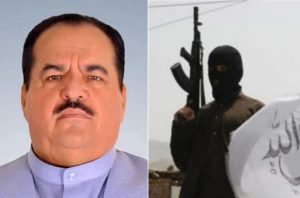 The Taliban militants group in Afghanistan has claimed responsibility for the explosion in parliamentary candidate Abdul Jabar Qahraman’s office in Lashkargah city, the provincial capital of Helmand province.

The Taliban spokesman Qari Yousuf Ahmadi in a statement claimed that the candidate has been killed along with his three colleagues in the tactical explosion.

A police source confirms that the parliamentary candidate Abdul Jabar Qahraman has lost his life in the explosion which was triggered by an explosive device planted in his office.

This comes as parliamentary candidate Saleh Mohammad had earlier lost his life in a suicide attack.