Taliban chief’s strange spring message ‘Everyone should plant a tree’ 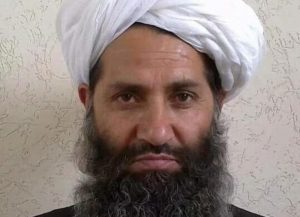 The supreme leader of the Taliban group has issued a new statement on upcoming new solar year, calling its fighters and the Afghan people to plant a tree.

“The Islamic Emirate – just as it is actively engaged in a struggle against foreign invaders and their hirelings for the attainment of true peace and security – works within the limits of its resources for the prosperity, economic welfare, development and self-reliance of its beloved countrymen,” he claimed in his statement.

Akhundzada further added “Therefore as spring approaches, it calls on its Mujahideen and every individual of its devout nation to plant one or several fruit or non-fruit trees for the beautification of earth and for the benefit of Almighty Allah’s creations.”

“They must understand that with tree plantation, they would be following the practical footsteps of the Prophet (peace and blessing be upon him) and showing appreciation for the blessing of Allah Almighty by developing the earth and protecting the environment,” he added.

The latest statement by Akhundzada comes as the group is blamed for the majority of the destruction and civilian casualties in the country.

According to the latest report by the UN mission in Afghanistan, the anti-government armed militant groups, particularly the Taliban group is behind the two thirds of the civilian casualties in Afghanistan.