Taliban blow up a water dam with explosives in Kandahar 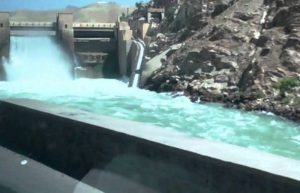 The Taliban insurgents have blown up a water dam in southern Kandahar province of Afghanistan as the group has unleashed an unprecedented violence in key southern provinces during the recent days.

According to the local security officials, the incident took place earlier today in the remote part of Shorabak district.

Durani further added that the dam was constructed in a remote part of Shorabak district which was playing a key role in irrigating the agricultural lands.

He said thousands of acres of land and gardens were irrigated by the dam and its destruction has sparked panic among the residents who are saying that their land will be harmed if it is not reconstructed immediately.

Kandahar has been among the relatively calm provinces in southern Afghanistan during the recent years but the security situation of the province, particularly, the remote districts have started to deteriorate during the recent months and after the Taliban militants increased their focus on key southern provinces after they launched their spring offensive in April this year.