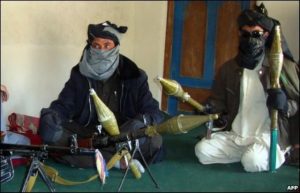 Taliban militants announced the start of their spring offensive which is named “Azm” or “Resolution”.

A statement sent to media by the group states they will target military and foreign targets as well as government officials during Azm which is going to be started on April 24.

The statement threatens foreigners to leave Afghanistan or they will be targeted.

The announcement of the militant group’s spring offensive comes as Afghan government say they are very close to starting peace talks with them.

Taliban militants were removed from power in 2001 after which a new government came into existence supported by international community.

Taliban began to fight the new government after they were ousted from power.

One thought on “Taliban announced start of spring offensive”