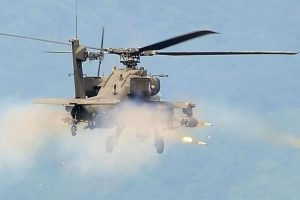 The Taliban and Haqqani network terrorists suffered heavy casualties during the air and ground operations jointly conducted by the Afghan and foreign forces in central Logar province.

According to the local government officials, the operations were conducted in the vicinity of Pul-e-Alam district, the provincial capital of Logar province.

The provincial governor’s spokesman Shahpoor Ahmadzai confirmed that several Taliban and Haqqani network militants were killed in the joint operations.

He said a leader of the Haqqani terrorist network who was in charge of the suicide attacks and training of the suicide bombers was also killed during the operations.

Ahmadzai further added that the Haqqani network has been identified as Haji Asad.

In the meantime, the provincial government media office in a statement said the Afghan and US forces conducted airstrikes and ground operations in Rustam Khel and Yousuf Khel areas of Baraki Barak districts of Logar at around 9 am on Tuesday, leaving at least ten militants dead belonging to Habib Akhundzada and Syed Rahim Shahab groups.

The statement further added that a commander of the Taliban group identified as Bahram Jan was also among those killed.

In another statement, the provincial government said another key Taliban group member identified as Fahim also famous as Mustafa and who was leading a group of 12 Taliban insurgents was arrested by the security forces.