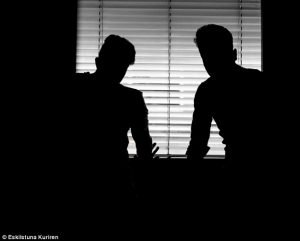 A Swedish woman has allegedly forced two Afghan boys to have sex with her on camera in a refugee home where the two were kept, it has been reported.

The boys also claim that the woman threatened them with deportation if they refused to have sex with her, according to the local newspaper, Eskilstuna Kuriren.

The source further added that the woman was encouraging the boys to film the sexual scene to watch it and call her with they missed her.

The woman has rejected the allegations against her but the newspaper which has achieved the films has reported that the acts and the perpetrator can be clearly identified.

The two boys have been identified as Omid and Tariq but the identity of the woman who is currently investigated for the offence has not been disclosed.

“The boss at the home forced us into it and exploited us for sex. She knew we had to, and that nobody would help us,” one of the boys quoted in a report by MailOnline said.

The boys claim they had sex with the woman on four or five occasions, at a hotel and in her own home in the Sörmland region.

On one occasion all three were in bed together, they say, but mostly one of the boys had sex with the woman while the other filmed.

Hundreds of thousands of Afghans joined the refugees from Syria, Iraq and other parts of the world to seek refuge in Europe last year amid deteriorating security situation in the country.