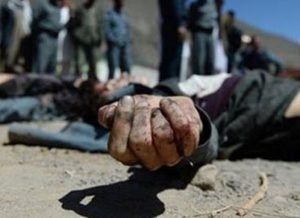 According to the security officials, the incident took place on Saturday night in Dashti Archi district after a suicide bomber detonated himself among the Taliban fighters.

He said Taliban’s shadow governor for Kunduz Mullah Abdul Salam Akhund was wounded in the attack.

According to Kamawal, the suicide bomber had came from the restive Achin district of Nangarhar for the suicide attack.

Local residents have said Mullah Abdul Salam was invited in a party in Tark village where he was targeted by the bomber.

No group has so far claimed responsibility behind the attack which comes as the infighting among the Taliban group has been rise during the recent years.

Taliban is also facing threats from the loyalists of the Islamic State of Iraq and Syria (ISIS) terrorist group who are mainly based in Achin, Kot, Haska Mina and some other remote districts of Nangarhar.