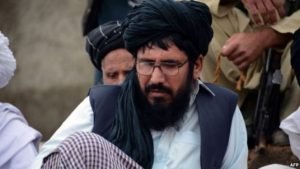 Several militants belonging to a splinter group of the Taliban insurgents were killed in a suicide car bombing in southern Helmand province of Afghanistan.

According to the local officials, the incident took place earlier today in the vicinity of Greshk district, targeting the militants loyal to Mullah Rasool Group.

He said at least four militants also sustained injuries in the attack.

However, another security official said at least nine militants were killed and 6 others were wounded in the attack.

No group or individual has so far claimed responsibility behind the attack which comes as the insurgency led by the main Taliban group has been rampant during the recent months.

This is not the first time an attack has taken place against the militants affiliated with the Mullah Rasool group but numerous incidents mainly involving armed clashes have taken place in the past.

The Mullah Rasool group defected from the Taliban ranks after the death of Mullah Mohammad Omar and appointment of Mullah Akhtar Mansoor as the new supreme leader of the group.