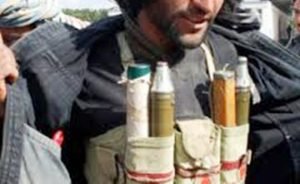 The Afghan National Defense and Security Forces (ANDSF) personnel foiled a plot by the anti-government armed militant groups to carry out a suicide attack on Nangarhar police commandment.

The provincial governor spokesman Ataullah Khogyani said a suicide bomber who was willing to carry out an attack on police commandment was arrested by the security forces from Jandarma bridge located close to the police commandment compound.

Khogyani further added that the suicide bomber is in the custody of the counter-terrorism operatives and an investigation is underway from the detained bomber.

The Afghan security forces are busy conducting counter-terrorism operations against the anti-government armed militant groups in this province.