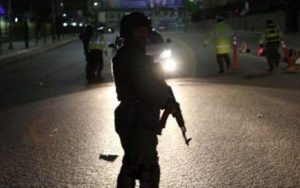 The provincial police chief General Abdul Raziq confirmed an explosion has taken place in the vicinity of the 11th police district of the city.

He said the target of the explosion was the police vehicle and the blast has taken place in Aino Mina township.

According to Gen. Raziq, at one person was killed and four others including a civilian were wounded.

However, the provincial hospital officials are saying that the dead bodies of four people have been shifted to the hospital along with ten others with the injuries.

This come as the security situation in Kandahar province had improved during the recent years although the anti-government often carry out terrorist-related activities in some parts of the province.