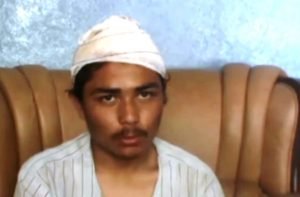 A deadly suicide attack plot to target a populated area of Takhar in northeast of Afghanistan has been thwarted by the Afghan National Security Forces (ANSF).

The Afghan Intelligence, National Directorate of Security (NDS), said a would-be suicide bomber was arrested in connection to the attack plot by the intelligence operatives.

A statement by NDS said another individual who was helping the would-be bomber to take him to the area of his target was also arrested.

NDS did not elaborate further regarding the exact location which was the possible target of the suicide attack.

The detained would-be bomber has been identified as Mohammad Ayoub who was also famous as Masab who was appointed by commander Tura for the attack, NDS added.

The would-be bomber together with the attack organizer have confessed that they were involved in major attacks on security personnel in Takhar and northern Baghlan province.

One of the suspects says he was injured during a gun battle with the security forces and was admitted to Doctors Without Border hospital for treatment.

The suspect who identifies himself as Habib-ur-Rehman says he was fighting in commandos unit of the militants to fight the Afghan security forces.