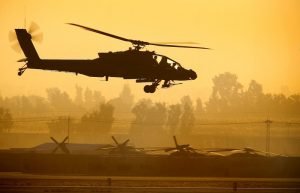 A special operation involving air and ground strikes has kicked off in eastern Nangarhar province of Afghanistan for the elimination of the militants affiliated with the Islamic State of Iraq and Syria (ISIS) terrorist group’s offshoot in Afghanistan, ISIS Khurasan.

The provincial governor’s spokesman Ataullah Khogyani said the campaign has kicked off in Chaparhar and Pacher Agam districts.

This comes as the Afghan security forces have been conducting operations against the terror group under name of Hamza operations, mainly covering the Kot and Achin districts.

The US forces based in Afghanistan are also occasionally contributing to the operations and mainly provide air support to the Afghan forces fighting the terror group.

The latest campaign has been launched amid concerns by the local officials who are saying that the loyalists of the terror group are attempting to expand their foothold in some strategic and key parts of the province, including Pacher Agam as they eye to seize control of Tora Bora.

The officials have long been warning that the capture of Tora Bora will further help the terror group to expand its operations in this province and other parts of the country.