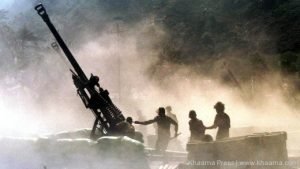 At least 15 civilians were killed or injured in the latest wave of cross-border shelling by Pakistani military in eastern Afghanistan.

Local authorities in Kunar province said the Pakistani military has fired over 280 rockets in this province during the recent days.

Provincial security chief, Gen. Abdul Habib Syed Khel said at least one civilian was killed and 14 others were injured in Dangam and Shegal districts.

Mr. Syed Khel further added that the Pakistani military started shelling Dangam and Shegal districts on Sunday morning and at least 286 rockets have landed so far in the two districts.

He said hundreds of Shigal and Dangam districts were forced to leave their houses due to the cross-border shelling.