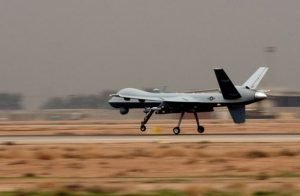 Several militants affiliated with the Islamic State of Iraq and Syria (ISIS) terrorist group were killed in the latest airstrikes conducted by the US forces in eastern Nangarhar province of Afghanistan.

However, the 201st Silab Corps of the Afghan army said at least eight militants were killed in Deh Bala district in a US forces airstrikes and another militant was killed in Achin district.

According to the Silab Corps officials, a compound of the terror group was also eliminated during the airstrikes.

The US forces often carry out airstrikes against the loyalists of the terror group in this province as clearance operations are also underway by the Afghan forces in the restive districts of Nangarhar.