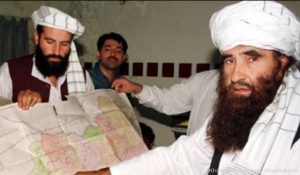 A senior commander of the Haqqani terrorist network was killed following a drone strike in South Waziristan tribal region of Pakistan.

According to Pakistani intelligence officials, the Haqqani network commander was among seven killed following the airstrike.

The Pakistani officials had earlier said at least four people, including an Arab militant were killed in the raid.

An intelligence official based in Wana, the main town of South Waziristan confirmed that the Haqqani network commander Abdullah Haqqani was among those killed.

The official further added Abdullah was responsible for sending suicide bombers to Afghanistan.

The Haqqani terrorist network is accused of staging numerous cross-border attacks from their base in North Waziristan, including the 19-hour siege at the US Embassy in Kabul in Septemebr 2011.

The netework is considered the most lethal insurgent group targeting International Security Assistance Force (ISAF) and Afghan personnel in Afghanistan.

The Secretary of State designated the Haqqani network as a Foreign Terrorist Organization on September 7, 2012.

One thought on “Senior Haqqani network commander killed in Pakistan”