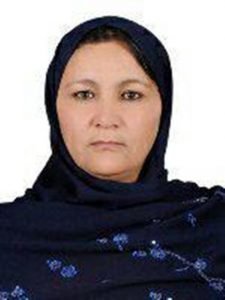 Mrs. Seema Jowenda has been appointed to replace Sayed Anwar Rahmati as the new governor for Ghor Province, the Independent Directorate of Local Governance (IDLG) announced on Sunday.

Mrs. Seema Jowenda was recommended by IDLG and approved by the President for the this post.

Tawab Ghorzang spokesman for IDLG confirmed the appointment in a tweet today. “Mrs. Seema Juienda has been appointed as a new Governor of Ghoor Province.” his tweet stated.
Mrs. Seema Jowenda has served as a member of Wolesi Jirga representing Ghor province.