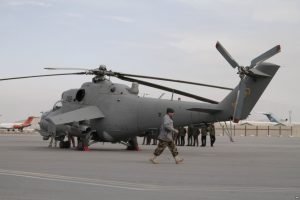 The Chief Executive Officer (CEO) Abdullah Abdullah will arrive in India on Sunday on a 5-day visit to discuss issues of bilateral interest, including security cooperation between the two nations, it has been reported.

According to the local media reports, enhanced defense assistance to Afghanistan, including lethal weapons will be part of the security cooperation negotiations between CEO Abdullah and Indian officials.

CEO Abdullah is primarily visiting India to attend a conference on counter-terrorism in Jaipur, organised by India Foundation in association with Sardar Patel University of Police Security and Criminal Justice.

He will call on Indian Prime Minister Narendra Modi and will meet with the External Affairs Minister of India Sushma Swaraj on Monday.

India has played a crucial role by participating in the rebuilding of Afghanistan following the fall of the Taliban regime in 2001.

Since 2002, the Government of India has committed around USD 2 billion dollars to the socio-economic rebuilding of the Afghan state and society in accordance with the development priorities of the Government and the people of Afghanistan.

The delivery of the gunships by India is considered as a crucial step in enhancing the airpower of the Afghan Air Force (AAF) as the Afghan security forces are critical need of close-air support amid deteriorating security situation in the country.